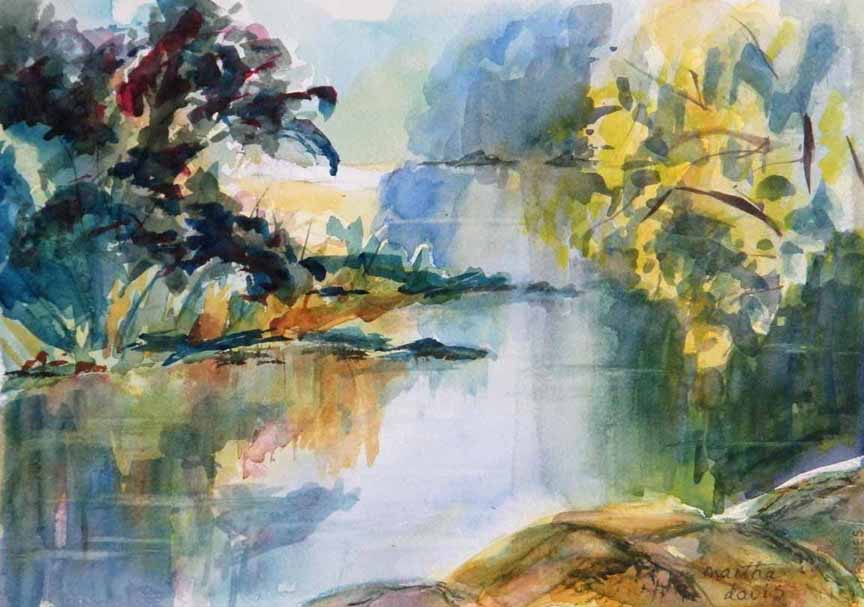 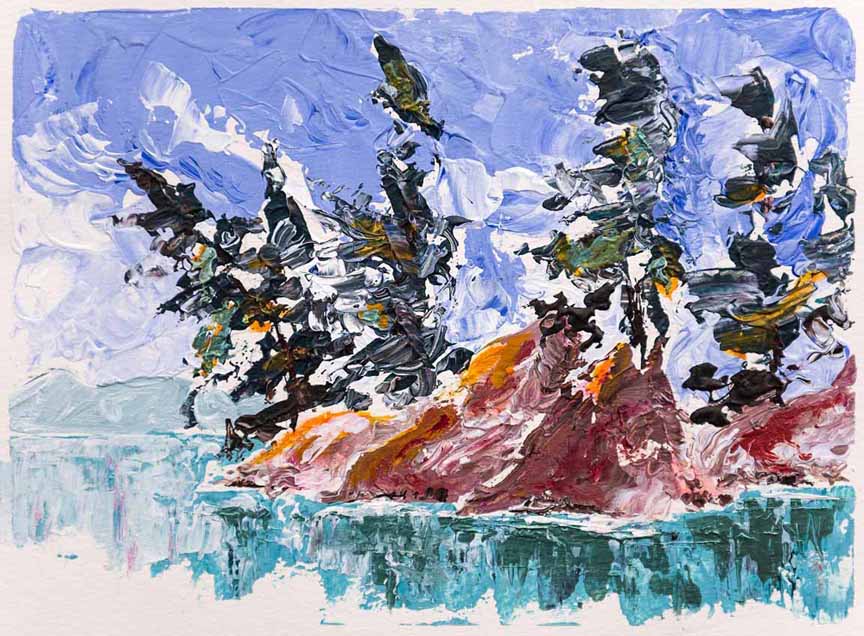 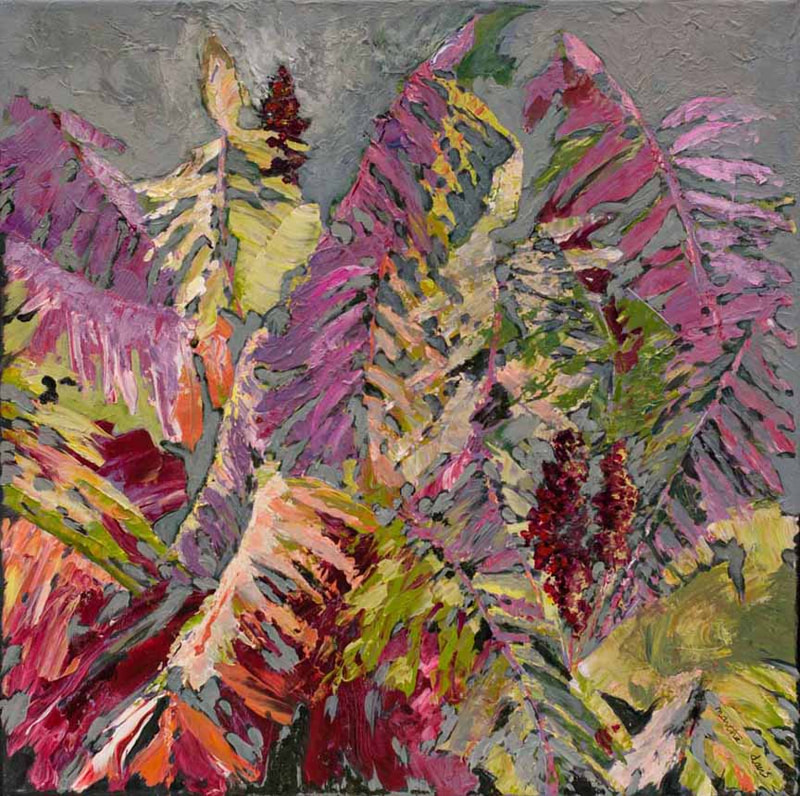 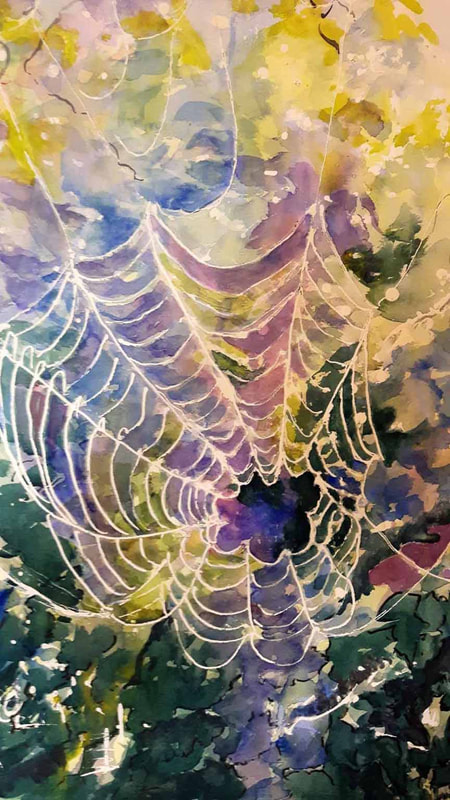 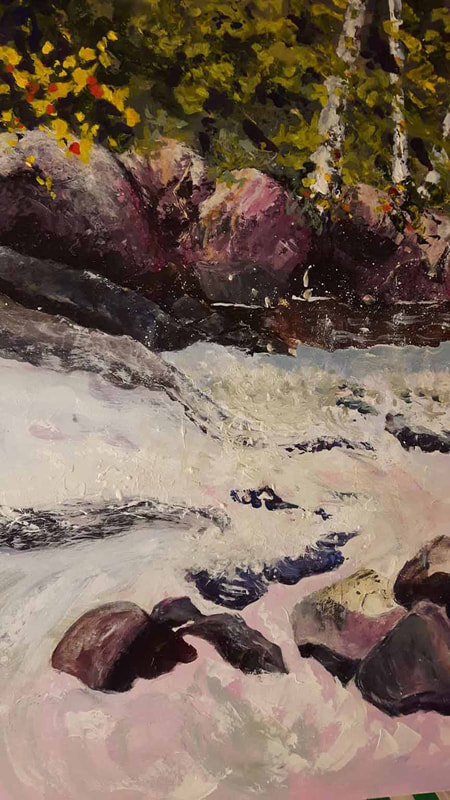 About the Artist
​My main loves have always been our cottage in Georgian Bay, my family, sports (all kinds) and dance (mainly jazz, rock & interpretative). There was a time in the ‘70s when my husband and I taught disco dancing at the Toronto YWCA!
Married at 21 and in the Foreign Service, I had to learn how to cook decent meals. Perhaps that necessitated or inspired some creativity with regard to preparing food.
I enjoy competition and process through sports, games, and goal setting- it makes me reach farther, try harder. When I took up competitive rowing in my late 40s, what a thrill it was to win 2 gold medals at the Masters’ Olympics in Denmark.
When I look back on the influence of art in my life, I note that my Mother was quite a proficient oil painter and craft maker who ran her business out of our house. After some art courses in Oakville and Burlington in the ‘80s, it was in around 2000 when my friend took me to a Toronto Art Gallery where I was gobsmacked by a Muskoka artist named Pat Fairhead. That did it! So, on retiring from teaching, we moved to Bracebridge, surrounded by beauty and artists and within an hour’s drive to our beloved cottage on an island in Georgian Bay.
My inspiration comes from a wide range of sources: dance; the Georgian Bay rocks, wind, water and pine trees;  the naturalism and movement of Emily Carr; the raw boldness of the Group of Seven and Tom Thomson; the drama, colour and excitement of Pat Fairhead and the delightful, somewhat simplistic treatment of mundane objects by Paul Cezanne. I relish the use of the palette knife to carve out shapes where the knife takes me and to allow for a greater dose of freedom. I tend to gravitate towards the “up close and personal” view, plus a more unusual composition. As time passes, I find it interesting how my choices change with regard to colour, lines, style. Experimentation seems to be setting in and process overshadows the goal, especially at this age.


Have a question? Send us an email
​