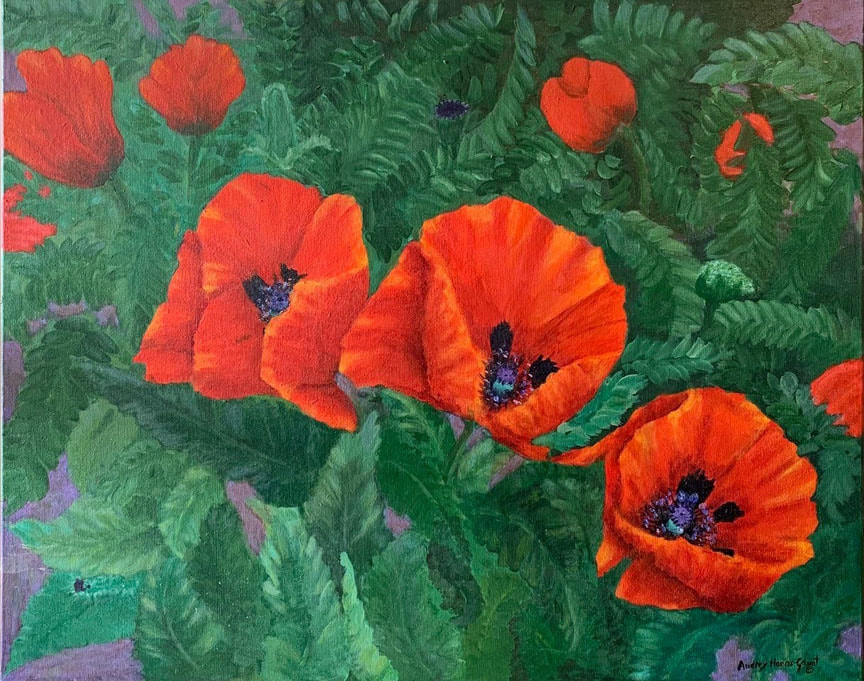 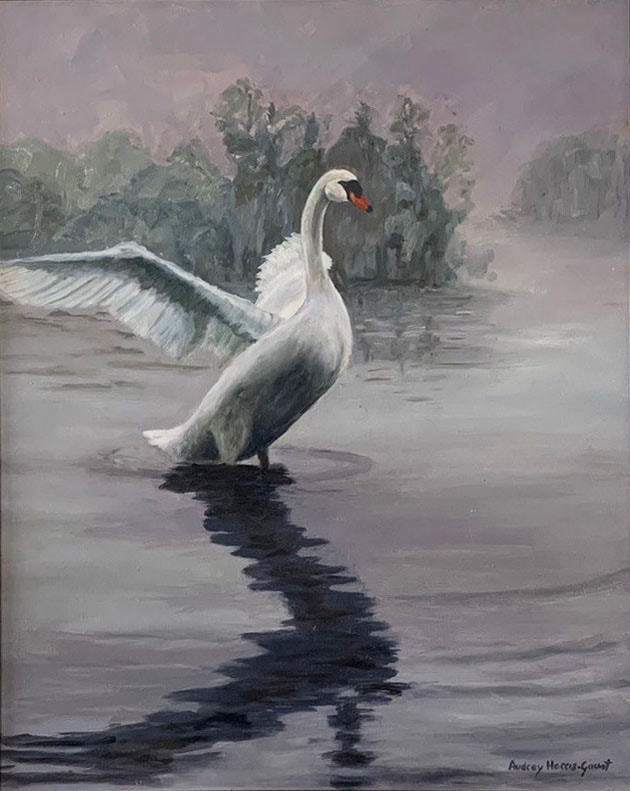 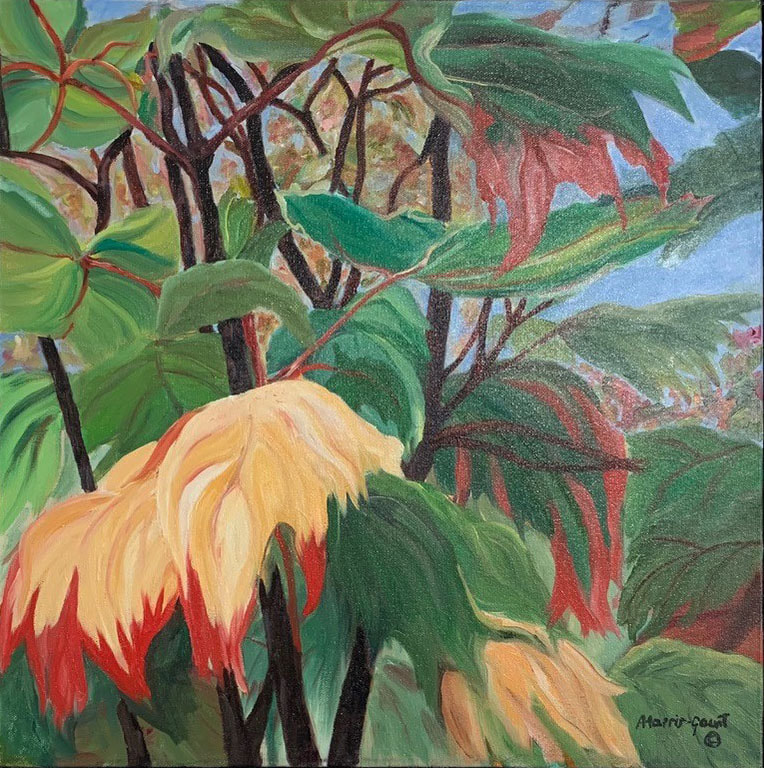 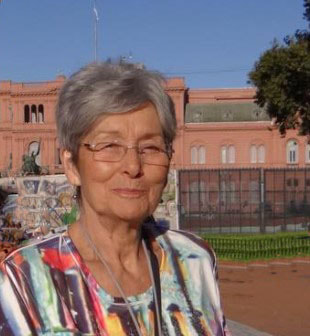 ​Audrey Harris-Gaunt was born in the Republic of Ireland in 1930 and immigrated to Canada in 1955.
Audrey’s interest in exploring the outdoors, nature and animals was all a part of growing up in a rural community. Her interest in art developed while in high school, however training as a nurse took first priority and later raising her family.
Throughout her working career, Audrey attended evening classes to study various forms of art which included Chinese artistry, pottery, silver design & silver smithing.
After retirement in 1992, Audrey and her second husband John, moved to Norwood, Ontario. This is also when Audrey started painting as a hobby, in earnest. While a student under Sonia Cummings, she began to explore watercolour painting. Overtime, her interest shifted to other media; attending folk-art classes with Joan Allen and eventually joining and painting with the Kawartha Guild of Folk Art Painters in Peterborough. As further interest in painting animals and the countryside developed, Audrey studied with Gene Canning, in his Peterborough studio. Audrey moved from acrylic to oils - which became her favourite medium.
After John’s passing in 2010, practising her art became an outlet that allowed her to explore her creativity while forming stronger bonds with other artists in her community. Audrey attended art camp with Dwayne Harty at Tanamakoon, Algonquin Park, studied the art of Plein Air in Italy with Gene Canning (2011), and in France with Lucy Manley (2013). Over the years Audrey was an active member of both the outdoor painters’ group of the Kawartha Gallery and Studio, and a member of the East Central Ontario Art Association.
While recent health issues has slowed Audrey down, a renewed interest in water colour continues to fuel her creativity. Audrey plans to continue practising her craft. Every time she picks up a paint brush she is always striving to learn something new!

Audrey can be reached by email at  2tarahill@gmail.com

Have a question? Send us an email
​