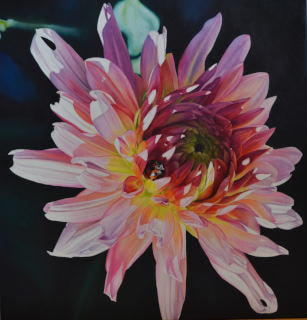 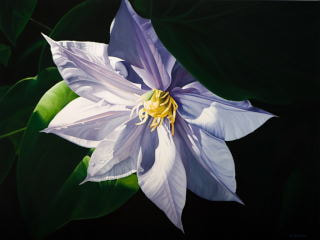 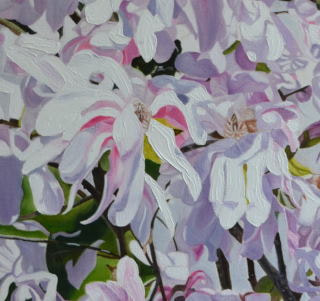 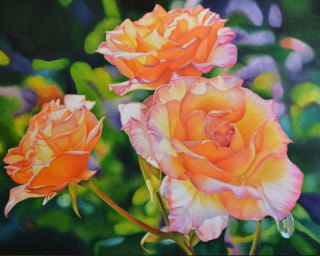 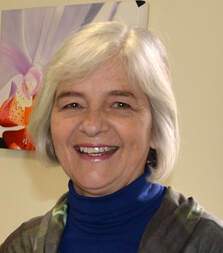 ​Diane Huson was born in British Columbia, Canada and completed her Fine Arts Diploma from Malaspina College on Vancouver Island. Originally an oil painter, she expanded her expertise into watercolour after moving to Toronto in the mid 1980’s. People and animals were her favorite subjects. Her work as a florist and her love of gardening encouraged her to paint florals and nature.

In 2007, Diane decided to paint in oil again. Studies of dramatic shadows and lighting on large canvas are her key focus. Winning the People’s Choice Award for her oil painting “Bronzed Dahlia” in the Oshawa Art Association’s Juried art Show in 2011 , Second best in oils for her portrait “McKayla” in 2012 , People's Choice Award for "McKayla: Memories of Summer" in 2015 , The Mayor's Choice Award for "Abigail" in 2016 and an Award of Excellence for ‘Standing Proud ‘ at the PRAC juried art show in 2017  were definite highlights.
Throughout her career, Diane has been commissioned to paint portraits, animals, landscapes, architectural buildings, florals and book illustrations. Her work has been displayed on numerous book covers with a distribution of over 200,000.  Her prints and paintings hang in numerous private and corporate collections worldwide.

In  the Fall of 2019, Diane partnered with a Canadian clothing manufacturer based in Montreal, Le Galeriste, to create art-derived clothing and textiles using her art images. The concept has taken off and is increasingly popular, selling exclusively online at : www.legaleriste.com/diane.huson
Diane is represented by Westmount Gallery (www.westmountgallery.ca) in Toronto, Ont. and currently works from her home studio in Whitby, Ont. where she and her husband have resided for over 30 years.
Websites: www.dianehuson.ca   www.legaleriste.com/diane.huson
FB: Diane Huson  Instagram: dianeehuson  LinkedIn : Diane Huson

Have a question? Send us an email
​